I was recently made aware of the death of Playboy model Katie May who allegedly died after receiving a chiropractic manipulation. I decided to see for myself and with some good ol’ fashioned Google searches, I was amazed to see literally HUNDREDS of articles about this incident, and this was only after a week.

My heart goes out to Katie’s family. It is never easy to lose someone, especially someone so young.
But then this incident also lit a little fire in me. How is it that something like this can get so blown up in the media, when hundreds of thousands of people are dying every year because of Big Pharma related causes? Those cases get pushed under the rug, ignored, and dismissed. Yet those families grieved just as much.

Dr. Dan Murphy, a chiropractor in California wrote a letter to the editor of a radio station in his town after hearing them talk about Katie and what happened. It was a great response and so I thought I would share it. Let what he said be an inspiration to you – do your research so you can be ready when people have questions and doubts about chiropractic.

October 20, 2016
Hi Jack and Joe:
I moved to Auburn 23 years ago and I have been a fan of your show since the beginning. I have turned on most of my family and many friends to your show. We all appreciate your combination of insight, logic and humor.

I am also a chiropractor.

Some years back, the Journal of the American Medical Association published a study indicating that in the hospital, taking the correct drug for the correct diagnosis in the correct dosage resulted in the death of 106,000 Americans per year (the upper range was 137,000). These are considered non-error deaths as the drug, diagnosis, and dosage were all correct. The article notes that this number constitutes the 4th to 6th leading cause of yearly death in the US. Again, assuming that a similar number of deaths occur from taking the correct drug in the correct dose for the correct problem outside of the hospital setting (extended care facilities, nursing homes, at home, etc.), the number of yearly non-error deaths from medical care would be approximately 212,000.

Adding the error deaths and the non-error deaths from medical care would total approximately 714,000 yearly.

In comparison, chiropractic is exceedingly safe. There are about 70,000 practicing chiropractors in the United States, and over 10,000 in California (many of whom listen to your show). In a typical year, chiropractic healthcare results in no deaths, and when one is alleged, it tends to make headline news. There are studies comparing chiropractic to the best pain drugs for chronic neck and/or back pain, published in the best journals, concluding that chiropractic is better than 5 times more effective than drugs; the chiropractic care had zero adverse events, while those taking the drugs had more adverse events that were benefited. One of the drugs in that study was Vioxx. Vioxx was only on the market for 5 years, from 1999 to 2004. It was pulled off the market after is was realized that it was responsible for more American deaths in those 5 years (about 60,000) than the Vietnam warkilled in 10 years (about 58,000).

Another example is the regular consumption of non-steroidal anti- inflammatory drugs (NSAIDs) for pain relief. Researchers from Stanford’s Medical School published an article in the world’s most prestigious medical journal, the New England Journal of Medicine, indicating that the taking of prescription NSAIDs resulted in fatal gastrointestinal bleeding 16,500 times (people) yearly, making that the 15th leading cause of yearly death in the US. These same drugs are linked to increased risk of Alzheimer’s disease, deep vein thrombosis, end stage renal disease, liver damage, hearing loss, atrial fibrillation, erectile dysfunction, and more.

The young lady who is alleged to have died following a chiropractic adjustment (as Jack mentioned on your show yesterday) is problematic on multiple fronts. The press release on her death mentions 2 different arteries, the carotid and the vertebral artery. Chiropractic spinal adjusting has never been linked to injury to the carotid artery. Which artery was it?

It is documented that when both the professional and lay press ascribe a manipulative injury to the vertebral artery that they apply the words “chiropractic” and “manipulation” as being synonymous; they are not. Many people “manipulate” and yet they are not chiropractors. Published studies have documented neck manipulations by lay people (barber, masseuse, hair dresser, kung fu instructor, untrained family member, etc.), resulting in vertebral artery injury, and attributing the injury to “chiropractic manipulation” when in fact it was not. Only one type of adjustment has the potential to injure the vertebral artery, and trained-licensed chiropractors are taught not to perform that maneuver; a lay manipulator is not trained and hence would be associated with an increased risk of injury. Who did the manipulation in the case? Was it a chiropractor or a lay untrained manipulator being called a chiropractor by the press?

Recent studies, published in the best journals, have attempted to quantify the risk of a vertebral artery injury as a consequence of a chiropractic neck adjustment. One such study was published this year from researchers at John Hopkins’s Medical School. These studies are suggesting that there is no risk. In contrast, they are suggesting that it appears that the patient is having a post-injury or spontaneous vertebral artery dissection, causing symptoms that bring them to a chiropractic office, and that the chiropractic adjustment has nothing to do with it. Ironically, one study, in the best medical journal, suggested that being adjusted by a chiropractor actually reduced the chances of the dissection progressing to a stroke as compared to those that had similar pathophysiology and symptoms and went to a medical doctor; importantly, that study included 109 million person years of follow-up to make their conclusions. Another study from last year with a similar conclusion evaluated about 39 million people; the point is that these are the best and biggest studies on the topic, and they are concluding that there is no stroke risk from a properly delivered chiropractic adjustment. It is more probable that the injury that brought the young lady to the chiropractor’s office was responsible for her artery injury than anything the chiropractor did to try and help her (if in fact it was a chiropractor).

Even if these studies are incorrect and there is a stroke risk from a chiropractic adjustment, it is so rare that the incidence cannot be quantified. Good studies have suggested that risk might be 1 in every 3 million adjustments, which would mean that a typical chiropractor would have to be in clinical practice for literally hundreds of years to statistically be associated with a single such event, and the majority of chiropractors will never see such an event. Even so, modern chiropractors are trained to recognize the signs and symptoms of a spontaneous or traumatic vertebral artery dissection walking into their office and are educated that such a presentation is an emergency and the patient should be referred to the hospital emergency room. My partner has made 2 such referrals in the past 13 years, to the amazement of the hospital personnel and a credit to her education and experience.

Every incidence of driving one’s car is more dangerous than seeing a chiropractor.

In writing this, I feel like I took a page from the Hillary playbook: a good defense is a better offense. Chiropractic is safe. Perhaps you might share some of this perspective with your radio audience.
Dan Murphy, DC Auburn, CA

Chiropractic is the underdog and Big Pharma loves to pick on us. It’s not always easy, but we can’t quit. We can’t stop fighting for what we know to be true.

If you’re serious about taking on the giants, you need some ammo. Check out my ebook debut – The Transformation Business. It will give you the tools and the direction you need to make a impact in your community and in the world. 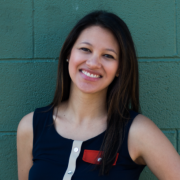 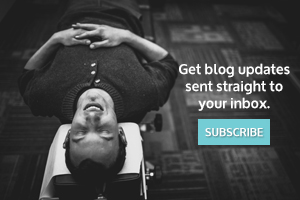